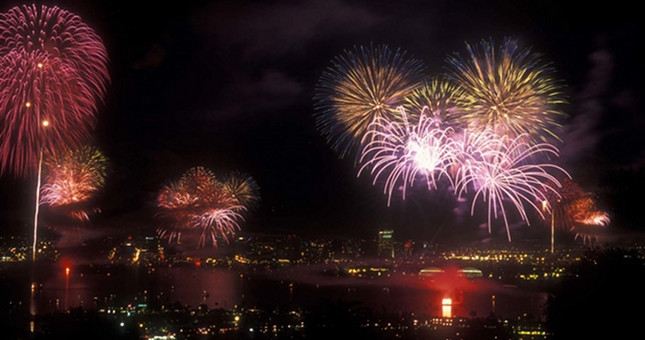 Come down to the bay and enjoy the biggest fireworks show in San Diego!

To accommodate the large crowd expected on San Diego Bay this Fourth of July, the Port of San Diego has set up free parking lots with shuttle service to Harbor Island and Shelter Island.

Come down to San Diego Bay for the Big Bay Boom fireworks spectacular - but try not to bring your car.

Sunday Fun day
Get a 50% OFF on Sunday when you stay at least two other nights. (Friday & Saturday)

Last minute deal
This is a final purchase, no-refunds or modifications are allowed

San Diego may be known for its near perfect weather year round, but what many do not...

It’s no secret that San Diego is a great city for live music. It’s home...

Hotel was very clean and nicely decorated. Breakfast was delicious. Location was very convenient to I-5. Recommend a higher level room on the backside a main street is noisy. Within walking distance to many places to eat and Laundromat.

Our latest special offers,
straight to your inbox

Stay up to date with the latest specials from Base Hotel. Subscribe and save on your next stay.